A few years ago I had the pleasure of meeting the powerhouse that is Poesy Liang. An artist, jeweller, composer and all round entrepreneur, she was back then involved in the Bald Empathy Movement, visiting Europe, taking breathtaking photos of her long, thick hair in stunning shoots – only to then shave it all off to show empathy for those who have suffered from cancer and premature baldness (and to commemorate her own experience with the disease). 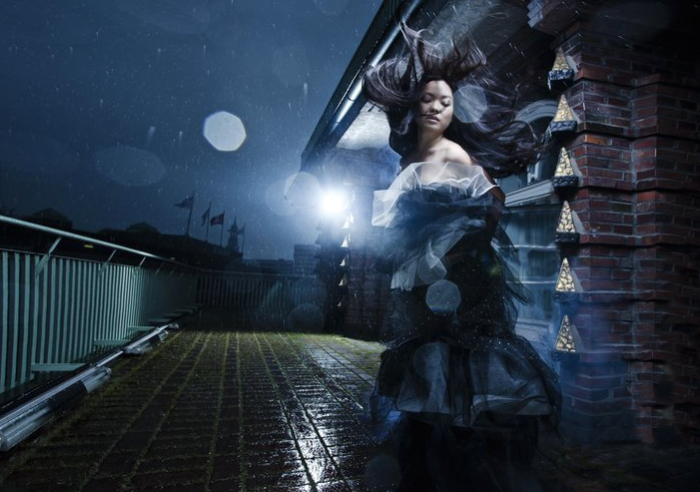 And now, Poesy is back. This time, she’s undertaking a different challenge; she is painting her way through Europe, left-handed. ‘What’s so special about that’, you might say. First of all, nothing is impossible when it comes to Poesy’s attitude. She lost sensation in her legs a few years ago, but is still able to walk. And she originally planned to travel through Europe painting her cat Harry Putter in a ‘Fly Me To the Moon’-series. Instead, when she injured her right hand, the Left Hand series were born. 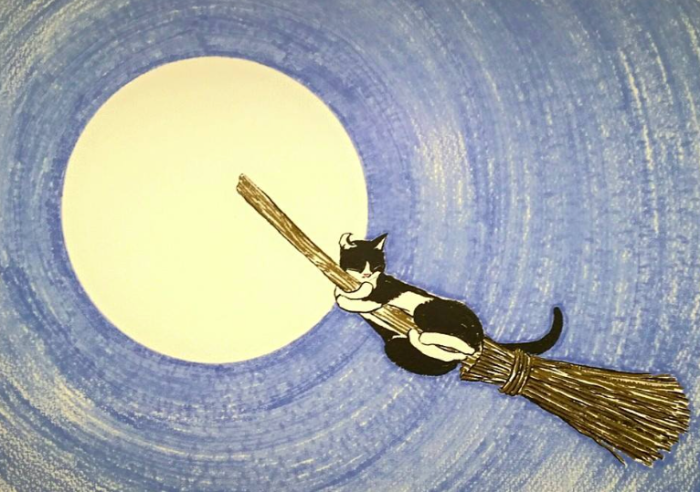 To many people, myself included, it would be a struggle to even write your own name using your left hand, however when Poesy went to an art collector and signed their guestbook, she decided to doodle with her left hand. The result? Not too shabby. So she decided to give left-hand painting a go. 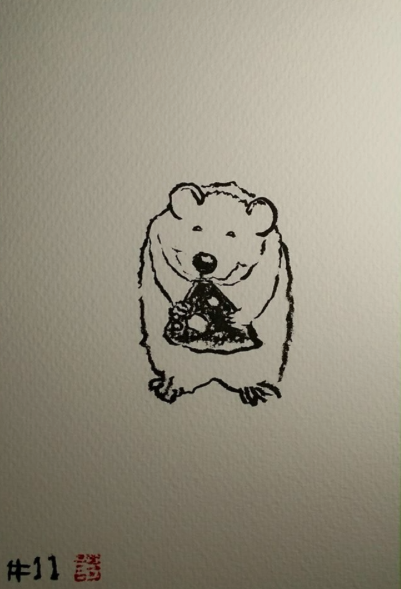 The Left Hand series will be done on request and will be painted throughout June and July as Poesy travels through Basel (for Art Basel), Cannes (for Cannes Lions of Creativity) and Venice (for the Biennale). Her signature styles can be seen on her Facebook page and you can bid for the drawings there, too. Expect wobbly cats, cupcake cats and superhero animals, like this cute dragon below. The rat, above, is my favourite. 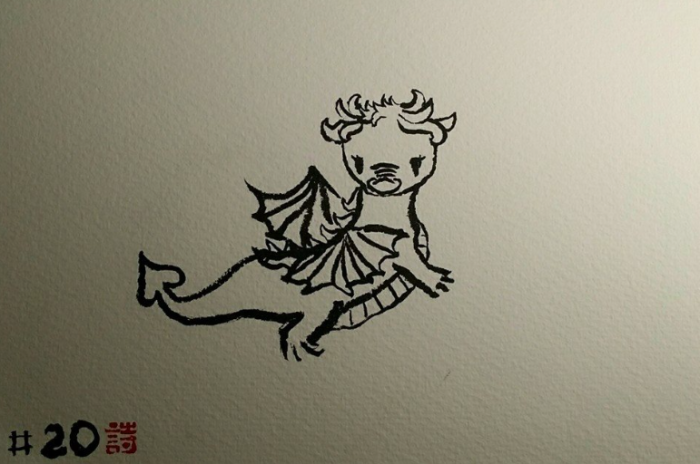 When Poesy got in touch with me the other day to tell me about her latest venture she also mentioned that before she would take off for Europe, she would be performing in a concert to raise funds for Nepal with the Bangkok Charity Orchestra (yes, she sings, too). She composed the song, called Treetops, herself and it’s a song about compassion. Now, if this doesn’t make you feel inspired to do something meaningful about your Sunday night, I don’t know what will.